Sawfar is a village located in a mountainous region surrounded by deep valleys and overlooking the green Metn region. This village with its sumptuous traditional residences, villas and palaces perfectly illustrates the summer haven of the Lebanese high society before the war. In its dilapidated palaces, such as the Bernina hotel or the Dona Maria palace, float still the scent of a sumptuous past where the notables of Beirut met each other during the summer. The village is also famous for its beautiful promenade with its tree alleys in perspective in which nature is discreet or exuberant to the rhythm of the seasons. Crossed in the middle by the Beirut-Damascus axis, the village may look like a road stop but retains an undeniable charm. 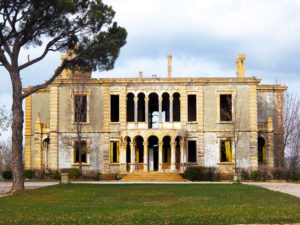